What Amazon understands about the future that most companies don’t: Virtual assistants belong on our bodies 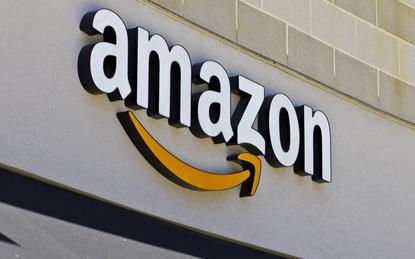 Sounds dumb. Amazon seemed to go nuts with its announcement of new hardware products on Wednesday.

The company also announced a high-end smart speaker, earbuds, a smart oven, an updated Echo Dot with a clock, a new regular Echo, a lower-priced Echo Flex, a higher-priced Echo Studio, an updated Echo Show 8 and even an Echo Glow smart lamp for kids. It even launched a pet tracker called Fetch, and a long-range, low-power networking technology called Sidewalk to go with it — 15 new products in all.

Remember when Amazon was an online bookstore?

The glue that holds together most of these disparate products, of course, is Alexa, Amazon’s voice assistant.

The most interesting and significant products Amazon announced were wearable computing devices — glasses, a ring and earbuds.

Amazon’s $180 Echo Frames are smart glasses with no optics. Unlike higher-end glasses, and unlike Google Glass, Echo Frames don’t have a camera or screen projecting onto the lens or retina of the user. Instead, reality is augmented with audio. Speakers and microphones bring Alexa, audible alerts and phone calls to your face, hands-free.

The most direct competitor to Echo Frames is the $200 Bose Frames smart glasses product.

Both products can take prescription or sunglass lenses.

Echo Frames will be available in a kind of low-budget Google Glass Explorer Program-type beta test, by invitation only.

The Echo Loop is probably the strangest product Amazon launched. It’s a ring that goes on your finger, which you can talk to. You “talk to the hand,” and the ring plays back the audio response or facilitates an awkward, low-fidelity phone call. A vibration feature gives you haptic feedback. The Echo Loop will be available on an invitation-only trial basis, like the Echo Frames.

Amazon also announced $130 earbuds called Echo Buds. They work like any other earbuds, and can be used for listening to music, making phone calls and, of course, talking to Alexa.

A lack of originality?

Amazon products feel, uh, derivative these days. For example, there was very little originality in the smart glasses or earbuds. What’s the point of Amazon weighing in on pre-existing categories with what appear to be largely undifferentiated products?

(Amazon is also in the news lately because the Allbirds shoe people are suing them for ripping off their shoe design.)

Some reports treated Amazon’s Echo Loop smart ring like a new idea. In fact, smart rings are a dime a dozen these days. The Oura and Motiv Ring products track sleep and health. (Prince Harry famously wears an Oura ring.)

The Titanium Falcon is a smart ring for gaming.

The Nimb smart ring gives you a panic button.

Japan’s OZON ring does a variety of tasks, including conveying notifications to your finger and gesture inputs to control household appliances.

The Helios smart ring helps you get enough Vitamin D.

Apple, Samsung and Microsoft all have patents for smart rings.

Many or even most smart ring products that have come on the market have failed, and the companies were acquired or closed down.

The Orii smart ring might be closest to Amazon’s smart ring. It lets you make calls via bone conduction when you (hilariously) stick your finger in your ear.

Perhaps the Aina ring is closest in concept. The Aina ring uses AI to predict what you want and when you want it, with most of the intelligence residing on your smartphone.

In any event, Amazon’s smart ring isn’t a completely new idea. But it is strange that such a mainstream company like Amazon would enter what was previously an extremely obscure category.

Aware of its growing reputation as an opaque and greedy harvester of user data, Amazon emphasized privacy Wednesday, even giving an inch to critics by announcing the ability to delete your voice data.

It also announced improvements in the ability of Alexa to understand its wake word, reducing instances when people say something else and Alexa wakes up and starts recording audio.

Amazon is clearly aware of its privacy reputation, and is trying to address it. Substantively, however, it has a long way to go on the privacy issue.

What all these ‘smart’ products are really all about

The tech press covered these products as if the individual products really mattered.

Let’s stop focusing on individual and specific gadgets, and instead zoom out and look at the big picture. No, zoom out more. The biggest possible picture.

The human race is on the brink of entering a new era in our evolution. We’re becoming cyborgs.

Our brains are being extended by means of virtual assistants, which will become part of us. As the AI powers of virtual assistants like Alexa, Siri, Google Assistant, Cortana and the rest expand, we’ll increasingly rely upon them for everything — for finding out information, managing our schedules, booking meetings and restaurant reservations and much more. As they gain pre-emption and agency, they’ll nudge and guide us through our lives, becoming indispensable tools. They’ll function as prosthetic knowledge and memory.

It’s 100% certain that virtual assistants will live on our bodies, so we can use them hands-free.

That’s what Amazon understands that most users do not.

The whole point of this week’s product launch is price disruption to accelerate the inevitable future when we’re all wearing personal assistants, and also to make the world safe for Amazon’s own assistant, Alexa.

Amazon doesn’t really know — doesn’t really care — if the favored delivery vehicle for personal assistants will turn out to be glasses, earbuds, rings or some other device. (In that sense, Amazon is the new Google — throwing spaghetti against the wall as fast as it can to see what sticks.)

What matters to Amazon is that Alexa is always there, every waking moment, available to take requests, help with everyday tasks and provide Amazon with access to who, what, how and where you are, what you do, what you think, what you prefer and much more.

With that data, Amazon can constantly nudge you to buy everything via Amazon, whether it’s electronic or something to be delivered in an Amazon box via an Amazon van or Amazon drone.

In fact, Amazon really doesn’t care if you buy any of the products announced Wednesday. What matters is that you choose Alexa as your virtual assistant.

For example, Amazon’s Echo Frames compete directly with Bose Frames, and Amazon would probably even prefer that you buy the Bose Frames, as long as you choose to use Alexa instead of the Google Assistant option. Put another way, Amazon may be losing money in the short term on its glasses, but if you buy the Bose product, Amazon dodges the fulfillment and tech support bullets. The thing that matters to Amazon is that you choose Amazon’s assistant.

Amazon’s new lineup of hardware products does seem random. But it’s the opposite of random. Everything Amazon is doing, from introducing price pressure on wearables to leading initiatives that place Alexa on thousands of devices, is all about owning the virtual assistant that will personify our cyborg future.

Resistance is futile. You will be Alexassimilated.