Australia’s fastest ever supercomputer to go live in November

10 times faster than today’s most powerful, the NCI’s new Gadi machine is being delivered by Fujitsu 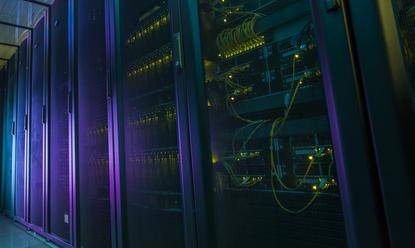 Australia’s fastest supercomputer is about to get 10-times more powerful, thanks to a multi-million dollar upgrade to be delivered by Fujitsu Australia.

The new machine will go live in November, and be housed at the National Computational Infrastructure (NCI) at the Australian National University (ANU).

Named Gadi – meaning “to search for” in the language of the traditional owners of the Canberra region, the Ngunnawal – the machine will be significantly faster and more powerful than NCI’s current supercomputer, Raijin.

“As the nature and complexity of the problems that need supercomputers have become even greater and more pressing, computational and data science has grown to meet the challenge. This new machine will keep Australian research and the 5000 researchers who use it at the cutting edge. It will help us get smarter with our big data. It will add even more brawn to the considerable brains already tapping into NCI,” he added.

With 3200 nodes, Gadi will power some of Australia’s most crucial research from organisations including CSIRO, Geoscience Australia, and the Bureau of Meteorology.

The upgrade is being funded with the $70 million earmarked for the NCI in the Australian Government’s National Collaborative Research Infrastructure Strategy.

When the ANU-based Raijin began operating in 2013, it was Australia’s most powerful supercomputer. It still is, but has been tumbling down the global rankings in recent years.

Raijin – which was also delivered by Fujitsu – is currently placed at 173rd most powerful in the world on the LINPACK Benchmark Top500 ranking, down from 76th last year.

The NCI has previously claimed Raijin’s replacement would be ranked in the top 25 internationally. Minister for Education Dan Tehan today said Gadi would "help Australia break into the top 30 nations for its high-performance computing capacity".

Fujitsu tapped both its own technology and that of other vendors to deliver Gadi, including Lenovo, Intel, NVIDIA, NetApp, Mellanox Technologies, DDN (Lustre), Altair and APC by Schneider Electric.

Linking the storage and the computer will be Mellanox’s HDR InfiniBand technology, capable of transferring data at 200 Gbs per second. The new supercomputer will utilise both Fujitsu and Lenovo Neptune innovative direct liquid cooling technology with warm water, allowing for high-density computing and Altair’s PBS Works Suite software will optimise job scheduling and workload management.

“Fujitsu is proud to be part of this important initiative, which will play a vital role in the progress of science in Australia,” said Fujitsu Australia and New Zealand CEO Mike Foster.