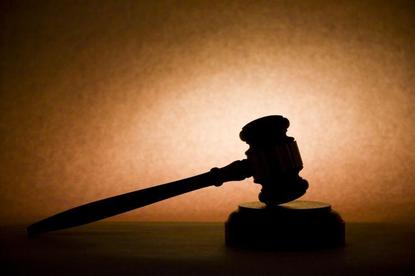 Court documents filed by Vodafone Hutchison Australia claim that the telco’s shareholders – VHA is owned 50 per cent by Vodafone and 50 per cent by Hutchison Telecommunications Australia – are unlikely to receive a dividend from their investment in the business over the next five years “if ever”, if a proposed merger with TPG is blocked.

Documents filed with the court by VHA says that absent a merger between it and TPG, VHA’s financial position is “not likely to improve materially” over the next half-decade.

The telco has reported steady growth in revenue over the last few years, but it yet to turn a profit. However, its losses have narrowed: In the 12 months to 31 December 2018, VHA registered a loss of $124.4 million, down from $177.8 million (without AASB 15 accounting adjustments, the 2018 loss would have been $103.4 million).

The ACCC argues that if the merger goes ahead it would be a blow to competition in the telco market. In particular, the commission says that without a merger, TPG is likely to be compelled to roll out a mobile network to compete with VHA, Telstra and Optus.

TPG previously began rolling out a mobile network but earlier this year announced it was dumping the project. The TPG decision came in the wake of the ACCC expressing unease about a TPG-VHA merger, although TPG didn’t cite that as a factor. Instead it blamed the government’s Huawei ban, which it said would leave it with a network that had no viable upgrade path to the new 5G standard.

VHA plans to argue in court that it and TPG aren’t currently strong competitors in a number of areas, and are unlikely to become so even without a merger: VHA does not expect to become a “significant competitor” in the fixed-line broadband market, and it does not believe TPG will become a significant mobile player.

VHA also says that without a merger it will be less likely to be able to compete with Telstra and Optus.

In its court filing VHA said that the “increasing number” of congested sites on its mobile network has “affected adversely the quality of the retail mobile services it supplies (measured in average speed) relative to that of Telstra and Optus in recent years.”

Without a merger, however, VHA will also struggle with funding an upgrade of its RAN to address congestion, which is likely to affect the “quality and value of the retail and wholesale mobile services” it supplies.

VHA and TPG are not “close competitors” in the wholesale and retail mobile markets, and the retail fixed-line broadband market, the court filing says. In their merger announcement, TPG and VHA argued that their respective strengths in the fixed and mobile arenas would complement each other in a merged entity.

VHA says that it is unlikely TPG will roll out its own mobile network or through some other means become a “significant competitor” in the retail mobile or wholesale mobile markets.