The debate over H-1B visas continues to build in Washington, as does the gnashing of teeth over Facebook's foray into video. 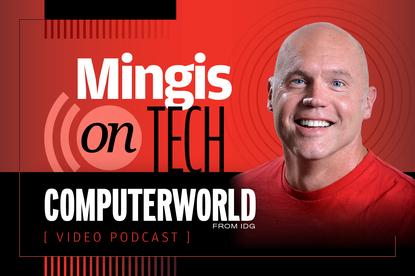 Although President Donald Trump has repeatedly called for changes to the nation's H-1B visa program -- the issue even came up during last year's campaign -- it'll almost certainly take an act of Congress for any reforms to take effect.

Yes, Trump signed an Executive Order last week that would tweak the annual visa lottery process to make it less random and more focused on salaries and skills. But those changes really are minor compared to what Congress could do, explains Computerworld's Patrick Thibodeau. (One immigration lawyer called the latest Trump move a "nothing order.")

Thibodeau joined Computerworld Executive News Editor Ken Mingis and Multimedia Editor Keith Shaw in this week's episode to chew over what's going on with the visa program as well as the recent controversies surrounding Facebook Live.

Despite Trump's interest in changing the H-1B program, Thibodeau said, the final arbiters will be legislators (who have had trouble this year getting much of anything done). Still, public attention could be having an effect anyway: The number of visa applications is down this year and Infosys just announced plans to hire 10,000 American workers, though details remain sketchy.

As for Facebook Live, what started out as a seemingly cool video-sharing-for-the-people service has devolved into something more -- or less. At issue: People who use the Livestreaming service for nefarious ends, such as broadcasting a murder or other crimes.

It's no secret the social media giant has been pushing into video as a way of keeping its users engaged. But the company always maintained that it's merely a platform for people who want to post things, not a publisher or -- in this case -- a broadcaster. So what happens when people start posting videos showing crimes? And if Facebook steps in with new restrictions, does that make it more of a broadcaster than if it does nothing?

If it's not careful, warned Shaw, Facebook could turn into the next MySpace.

Which means the next stop for everyone still on social media could be Microsoft's  LInkedIn.

For an audio podcast only, click play (or catch up on all episodes) below. Or you can find us on iTunes, where you can download each episode and listen at your leisure.

Happy listening, and please, send feedback or suggestions for future topics to us. We'd love to hear from you.