The battle for the brains of the call centre killer bots

Intelligent virtual assistants are being deployed by Australia's biggest brands, Nuance wants to be the brains behind them all 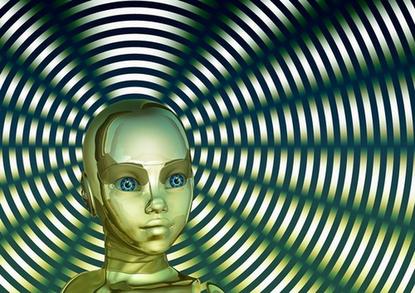 It's a struggle to get anyone from Nuance to admit their technology is behind Apple’s Siri. But it is.

“There may be… You can… I can’t speak to it… I will say…” says Robert Weideman, general manager of Nuance’s enterprise division, hesitating for the first time after 45 minutes of conversation. “We can’t talk about whether or not we supply Apple with anything,”

He doesn’t wink afterwards, nor tap the side of his nose.

What he will say is that Siri catapulted natural language and speech interactions with devices into the mainstream, kickstarting a trend that has seen Nuance grow from a 50 person niche operation on the outskirts of Boston into a global leader in human to machine interaction with 16,000 employees working in 35 offices worldwide.

“There were only a few brands in the world that could actually have done that. And outside of Apple I’m not sure who that would have been. Just because Apple is Apple,” says Weideman, who has been at Nuance for the last 15 years or more.

“We had always wished for the day when speech recognition was mainstream. We always said it won’t be one day it will be over time. But when Siri was announced it was flip-of-the-switch and our business accelerated across the board.”

The ability to talk in everyday language, via speech or text, with bots is no longer the fantasy of Star Trek fans (of which Weideman is one). Nuance's technology – the examples it can talk about – is behind Samsung's Siri-style S Voice, the virtual assistant found in Ford, BMW, Toyota, and Daimler cars; the ones in Panasonic televisions; and the persona in the new, talking Samsung ‘Family Hub’ refrigerator.

A chatty dashboard computer is a cool selling point for a luxury car. But put those same bots to work in customer service and the impact is far more significant.

As brands realise their customers not only don’t mind dealing with a virtual agent instead of a human – they actually prefer it – they are beginning to put them on the frontline of customer interactions.

The era of the intelligent virtual assistant (IVA) is here, and Nuance is bidding to be the brains behind them all.

It may seem like an odd thing for him to admit, but according to Domino’s CEO Don Meij, people don’t like calling up for pizza anymore.

At the company’s second Abacus event last week – where the company shares its latest technology in a hired room decorated somewhere between the Tron movie and a Bangkok nightclub – Meij described how stressful calling up for a slice can be.

Hearing the busy restaurant on the other end of the line makes callers anxious, they feel rushed, “there’s a lot of tension” he told the gathered journalists.

What people don’t mind though, he added, is chatting to a bot. Domino’s own – DRU Assist – will be rolled out nationwide over the next two weeks.

Behind its cheery demeanour (Domino’s has programmed it with phrases like “It’s always pizza time” and “I thought you sounded hungry”) is Nuance’s virtual assistant engine, Nina.

The cloud-based Nina understands natural language input made via typed text or voice (which Nuance technology converts to text) and is linked to a company’s back-end – in DRU’s case to Domino’s on-premise data centre – to make appropriate, spoken, responses be they clarifying questions or answers to queries.

“Put that all together and that becomes a virtual assistant,” says Weideman.

Nina has been deployed in Australia by the Australian Taxation Office and IP Australia (who each call their Nina ‘Alex’), and by Jetstar (who call theirs Jess). Usually Nina takes around three months to stand up.

While Nina can be deployed to a specific channel – DRU Assist is on the Domino’s app, while Alex is in a chatbox on the agency websites – the same engine can be put to work on most channels, including Facebook messenger, WeChat, LimeChat and Kik.

And “if a new device comes out tomorrow, as long as they have an API that we can connect to then we can,” Weideman says. Though not yet available Australia, Weideman played a video of a user interfacing with Nina through Amazon’s Alexa, something Domino's hopes to introduce soon.

Nina is not the only ‘enterprise-grade’ IVA on the block; in October, IBM introduced Watson Virtual Agent.

Last month, the National Disability Insurance Agency recruited Cate Blanchett as the voice of a Watson powered online virtual assistant called Nadia. A trial has begun, with Nadia expected to be fully operational within a year.

At present Nina and Watson work similarly, working through logic trees to maintain conversations that don’t hit dead-ends or repeat themselves. Add machine learning to the mix and the bots will get even better.

Last week, IBM Watson CTO Rob High told TechCrunch that VA's need "more depth to conduct a conversation" and took a swipe at Siri, adding "I don't even know why they call them chatbots", given the limitations of interactions.

"If you're really going to play and be a total provider in this space you need all those components. IBM started in cognitive early than us. They're way behind on conversational," he says.

There's all to play for. An Opus Research report forecast "explosive growth" in the enterprise-grade intelligent assistant market. Spending on IVAs by the enterprise reached US$1bn last year and is predicted to top US$4.5bn by 2021.

Consumers of all ages now prefer to text or IM than call, and self-serve online rather than talk to call centre. Nuance’s own research found that 71 per cent of consumers would prefer a virtual assistant over static web pages when they were self-serving online. The ever-conservative Forrester said last month that ‘automated conversational interactions’ would be a key trend in CRM this year.

"It's that ease of use, the immediacy of response," explains Robert Schwarz, Nuance's managing director of enterprise in ANZ. "Enterprises are going to have to adapt to that because that's how users want to interact with them. I think five years from now this is going to be the way people engage with customer service. This is still early days.”