TPG grows broadband base ahead of iiNet acquisition 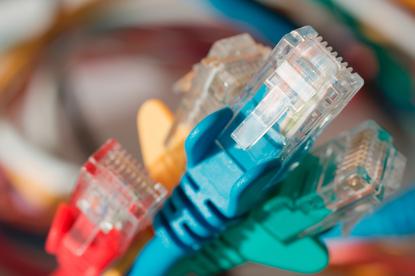 As it prepares to consume iiNet, TPG has revealed strong growth in its broadband business for the six months ending 31 January 2015.

TPG reported $106.7 million in net profit after tax, up 18 per cent from the same period last year. Earnings before interest, tax, depreciation and amortisation (EBITDA) increased by 43 per cent to $236.2 million.

TPG’s corporate business contributed an EBITDA of $117.7 million for the period, nearly double the $64.5 million from the same period last year. TPG said a big reason for the increase was the $450 million acquisition of AAPT in February last year.

TPG attributed the decline to a price increase and the fact that it still only offers a 3G service. With Amaysim announcing 4G plans earlier today, TPG is one of the only 4G holdouts left among Optus mobile wholesale customers.

Overall, however, the consumer group was profitable. The consumer division contributed $117.1 million in EBITDA, up from $100.2 million in the same period last year.

TPG announced its planned $1.4 billion acquisition of iiNet on 13 March. The acquisition, which will boost TPG's broadband customer base to more than 1.7 million, received unanimous support of iiNet's directors.

However, the deal is not yet complete, with iiNet shareholders expected to vote on the acquisition in June. The acquisition is also subject to court and regulatory approval by the Australian Competition and Consumer Commission (ACCC).

On a media call yesterday, iiNet chairman Michael Smith and CEO David Buckingham defended the deal after criticisms from iiNet founder Michael Malone and others. The iiNet directors said their decision to sell was principally driven by the “stunning” $1.4 billion price tag offered by TPG.

Adam Bender covers telco and enterprise tech issues for Computerworld and is the author of dystopian sci-fi novels We, The Watched and Divided We Fall. Follow him on Twitter: @WatchAdam