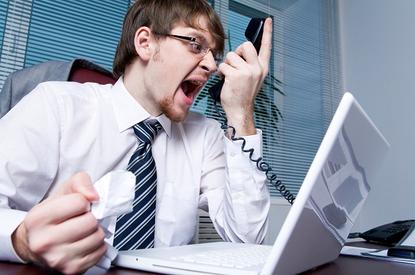 Hang up on Event Viewer scammers, says the ACCC.

The scam involves telemarketers who claim to be associated with Microsoft calling up unsuspecting users in Australia from an offshore call centre. The scammer than claims that the user’s computer has a virus and that they can remove it for a small fee.

The user is than asked for their details so that the scammer can gain remote access to the victim’s PC.

Once the cold caller has gained access they ask the victim to test the new system by using the Internet and typing in data such as their bank account details.

According to Victoria Police, the scammer can than access passwords and account details before transferring money out of victim’s accounts.

“It is at this stage that spyware is often installed and personal information can be stolen by this software for months to come,” said Victoria Police senior constable Adam West in a statement.

“Microsoft does not make cold calls and people should hang up on unsolicited calls."

West warned consumers not to give out their credit card details or give anyone remote access to their PC.

“If you feel that your computer has been compromised or has a virus then we suggest that you take it to a reputable computer repair shop."

He added that anyone with information about similar cold calling incidents can contact Crime Stoppers on 1800 333 000 or visit its website.

The Australian Competition and Consumer Commission’s (ACCC) SCAMwatch website provides a number of tips for people to avoid being conned by the cold callers.

“Don’t accept anything at face value, if it sounds unlikely or too good to be true, it probably is,” said an ACCC spokesperson.

“If you’re being pressured to act, disclose personal details or send money to a stranger, it’s almost certainly a scam. Never respond. Just hang up and report it to SCAMwatch.”

An Australian Communications and Media Authority (ACMA) spokesman said the number of complaints to the Do Not Call Register operator relating to PC Virus/Microsoft impostor calls has "been steady for several months."

However, he added that there is twist on the scam which meant some cold callers claimed to be associated with Telstra or Bigpond. ACMA posted an alert about this on its Facebook page in March 2014.

Have you been affected by the Event Viewer scam? Let us know below!